Whether it’s a party or a simple evening with a few friends, a board game should not miss any of the events. Besides providing a fun night, society games help us to improve our creative and strategic thinking. From the well-known classic games, Rummy, Monopoly, Card games, etc, many new society games have appeared on the market, making choosing a good game difficult.

Below I have prepared a top of the most popular social games that bring an element of fun to any party or friends meeting in 2019.

Reviews of the most popular board games

Like the tv series, the Game of Thrones boardgame Second edition, is very captivating and will keep you plugged in all the time. Each player in the “Game of Thrones” controls one of the greatest Houses of Westeros, engaging his characters in unparalleled plotting and intrigues. 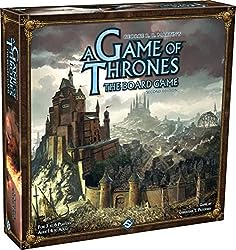 Players negotiate, play in bluff, cheat and threaten, using any means at hand to defeat their enemies and claim the Iron Throne! Do not expect this game to be a quick or simple game. Also, the rules can appear very scary and large, compared to most other games. Even it seems a bit complex, surely Game of Thrones will not disappoint you.

Catan game, the most popular board game in the world, is a fun and strategy game, which clearly should not miss out on your collection. Don’t try this unless you plan on getting addicted. The extra scenarios are very interesting, Catan being super captivating from start to finish! 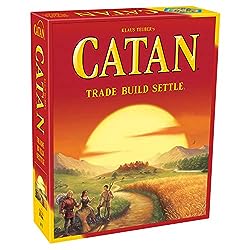 How to play Catan?

You have to use these resources to expand, build roads and new settlements, or upgrade existing settlements to cities. The way to win Catan is to be the first one to gain 10 Victory Points.
Watch out for Catan addiction!

The Carcassonne game, named after a beautiful medieval town in France, has gained more popularity than the city itself. Carcassonne has a slight inspiration from puzzle games, a combination of luck and strategy, having to draw a piece and place it so that it matches the domino with the next one. 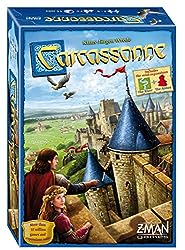 How to play Carcassonne?

When you build a fortress you have to claim it with a pawn to receive points. The funny part is that the other players can also block you from finishing a fortress, strategically putting up a piece to get you tangled.

Its popularity is worth it, being a great game that lasts a little and does not get boring; even more, it can play well in 2 players too. With very simple rules, easy to learn and play, Carcassonne is recommended as an excellent family game.

Every picture tells a story, but what story will your picture tell? Dixit is the lovingly illustrated game of creative guesswork, where your imagination unlocks the tale. In this award-winning board game, players will use the beautiful imagery on their cards to bluff their opponents and guess which image matches the story. 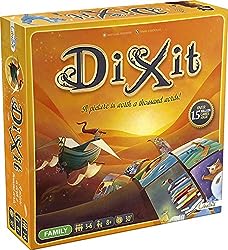 Dixit game is an exciting, creative and cheerful game, very good for an evening with friends or family. It does not require complicated long-term strategies, Dixit is just fun.
Stimulates children’s imagination; so if you have children, they will adore it. It is a very good idea as a gift too!

How to play Dixit?

Z-man Pandemic game is the kind of cooperative game, perhaps atypical, a game where you do not play against each other, but must work together for a common purpose.
The charm is that all players win or lose together, so you have to play in the team. 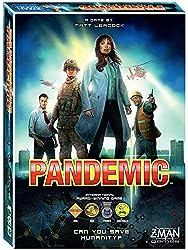 How to play Pandemic?

You and your team are the last defense standing in the way of deadly diseases that threaten the world!
As members of an elite disease control team, you must keep four deadly diseases at bay. You travel the globe to treat infections while collecting the cards you need to discover a cure for each disease.

Over the course of the game, players use actions to move between hotspots while treating diseases and setting up a network of research stations that help them cure diseases and make movement more efficient.

Each player manages a hand of cards matching the colors of the four diseases. These cards allow them to travel more quickly between cities or—if a single player can collect five cards of the same color—discover a cure for a disease.

To be successful, you need to work together. You can lose in many ways, but you will win only in one way: find the four remedies. Keep in mind that you can adjust the difficulty of playing with the number of epidemics.

Ultimate Banking Edition game, from the classic Monopoly series, brings an innovation that makes the game faster and more fun. Each player receives a credit card, and the ultimate banking device keeps track of everyone’s money, so all participants will enjoy the game’s atmosphere equally. Pay attention to the card reader, because if you stop it, the game must be resumed. 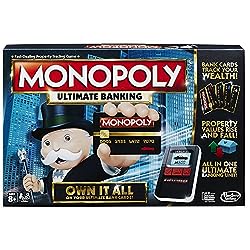 How to play Monopoly Ultimate Banking?

Each player starts out with money on a bank card. Players can buy properties, set rent, and tap their way to fortune. Win by bankrupting opponents! In the end, it will calculate all players finishing positions, using their total money and property values.

In conclusion, Monopoly Ultimate Banking is a very interactive game that should not miss a night of fun with friends.

Alias Women vs Men is a very amusing and entertaining game, ideal for evenings with friends, in which two teams face each other, women against men. 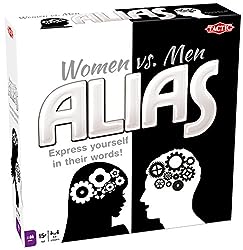 How to play Alias Women vs Men Game

A very interesting game, the extension adding to the basic game complexity and novelty! The extension includes five new scenarios and three new missions. Catan Expansion: Explorers & Pirates, is a very fun game that can be played even in 2. 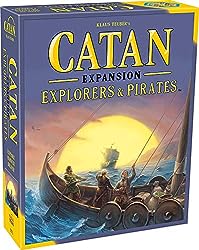 How to play Explorers & Pirates

Navigate to unknown waters to colonize newly discovered islands. A captivating journey awaits you, full of exciting missions, and rich rewards. Find and conquer the camps of dangerous pirates! Upload your ships with fish and spices!
The faster you transport valuable goods, the better the rewards will be.

Scrabble is a game of thought and strategy, the kind of game that you should not miss from your games collection. Scrabble is a perfect way to spend time with friends and family, a classic crossword game in which every letter counts.

How to play Scrabble

The game consists of creating words interleaved on the board with the help of tokens and reaching various scores.

The objective of the game is to get the highest score. Each player competes using chips in combinations and areas to maximize the value of the letters and premium squares on the board. 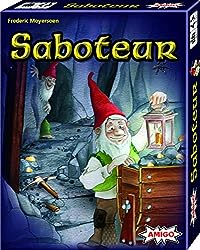 How to play Saboteur

If the gold seekers build a path to the treasure of gold, they are rewarded with golden, and saboteurs return home empty-handed.
But if gold-seekers fail, saboteurs get a reward.
In the end, the player who won the most gold coins wins.

What is your favorite board game and why? Leave your answear

OnlyBestTop.com is a participant in the Amazon Services LLC Associates Program, an affiliate advertising program designed to provide a means for sites to earn advertising fees by advertising and linking to Amazon.com